2021-12-04
Kingbird Furniture company
8
Storey Gymnasium, also known as Cheyenne High School Gymnasium, was built in 1950 on the campus of Central High School in Cheyenne, Wyoming, United States. The brick gymnasium was designed by Cheyenne architect Frederic Hutchinson Porter to include additional functions associated with the school's ROTC program, with an armory, rifle range and drill halls in addition to classrooms, shops and music spaces. The contractor was Loren Hancock, who built it at a cost of $646,611.66. It was named for William Storey, a member of the school Board of Trustees. When East High School was built in 1965 the facility was shared between East and Central.

The two-story brick building measures about 240 feet (73m) by 180 feet (55m). It features plain surfaces and uninterrupted horizontal lines without ornamentation beyond horizontal brick features in the upper portion. The center section houses a gymnasium illuminated by glass block windows set in a clerestory. It seated 4,500 for basketball when it first opened and is still in use for sporting events, circuses, graduation ceremonies, and other special events.

Storey Gymnasium was placed on the National Register of Historic Places on August 22, 2005.

In September of 2016, the gymnasium seating was replaced with all black seats.

Filmmaker Bill Douglas was born and raised in nearby Newcraighall.

The former Craigmillar Primary School building houses a mural by the painter John Maxwell, who was trained by Fernand Lger and was a fellow student of Marc Chagall in Paris.

There is a fine example of 20th century stained glass by Sadie Maclellan in Robin Chapel, in the Thistle Foundation, a housing complex for disabled people in the centre of Craigmillar.

Local mother Helen Crummy was instrumental in the founding of the Craigmillar Festival Society in 1962.

The noted Conservative politician, Sir Ian Gilmour, was given a life peerage by John Major in 1992, becoming Baron Gilmour of Craigmillar, of Craigmillar in the District of the City of Edinburgh, of which his family were, for several hundred years, the feudal superiors.

An induction programme is an important process for bringing staff into an organisation. It provides an introduction to the working environment and the set-up of the employee within the organisation. The process will cover the employer and employee rights and the terms requirements for working at the company and pay attention to the health and safety of the new employee.

An induction programme is part of an organisations knowledge management process and is intended to enable the new starter to become a useful, integrated member of the team, rather than being "thrown in at the deep end" without understanding how to do their job, or how their role fits in with the rest of the company.

These programs can also play a critical role under the socialization to the organization in terms of performance, attitudes and organizational commitment.

In addition well designed induction programmes can significantly increase the speed to competency of new employees thus meaning they are more productive in a shorter period of time. 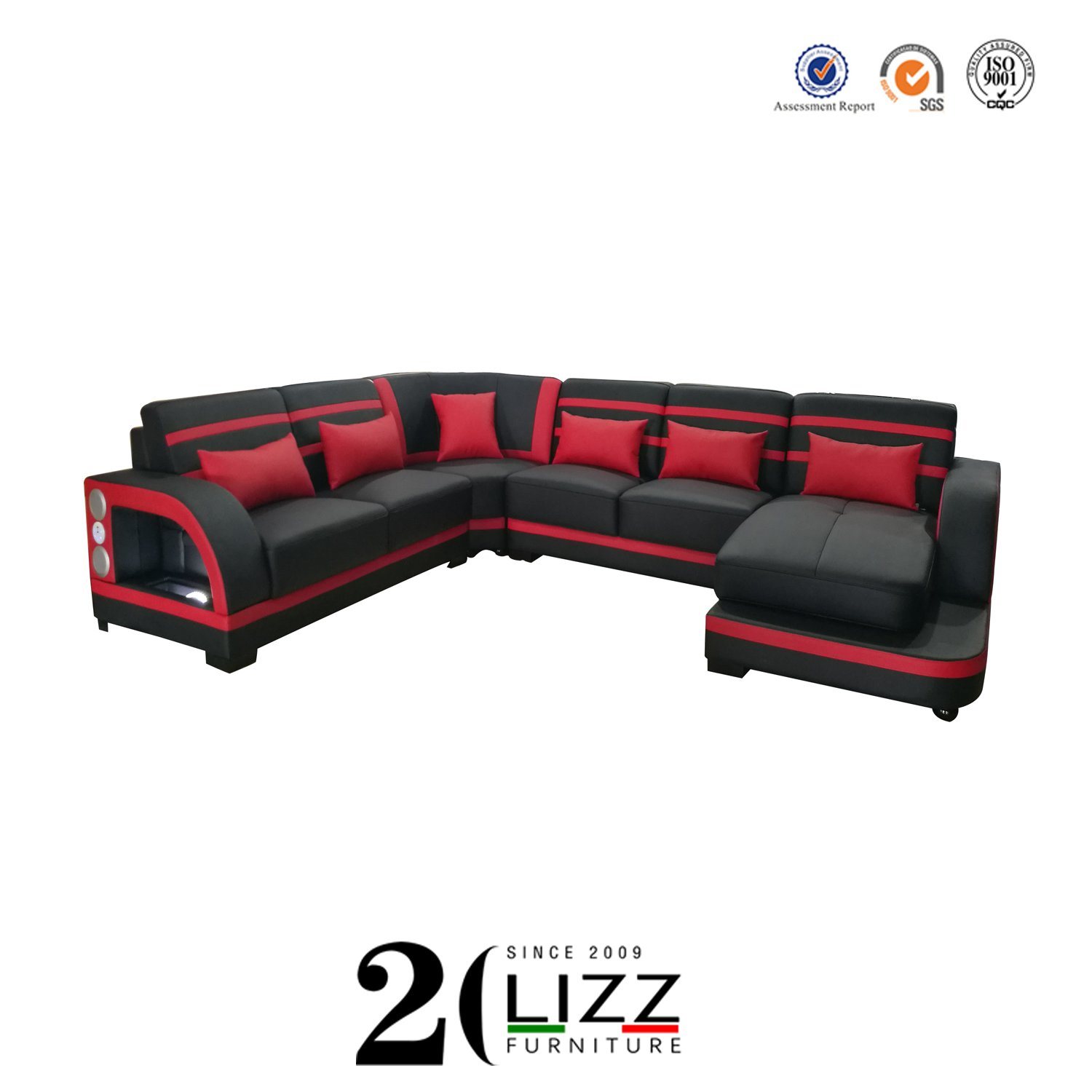 On 14 February 2004, The Block was the scene of 2004 Redfern riots following the death of an Australian Aboriginal boy, who died after he collided with a protruding gutter and was flung into the air and impaled in a 2.5-metre high fence outside a block of units off Phillip Street, Waterloo, possibly whilst being followed by police. Police officers at the scene administered first aid until NSW Ambulance officers arrived. The "Australian First Aid" manual requires the instrument of penetration to remain in place after the injury has occurred, as removal of a penetrating instrument usually causes catastrophic bleeding. The police removed TJ Hickey's body from where it was impaled on the fence before the ambulance arrived, contrary to Australian First Aid accepted practise. Hickey was transported from the scene to the Sydney Children's Hospital in a critical but stable condition. He died with his family by his side on 15 February due to the severity of his wounds.

The main block of the house is a two-story rectangle running parallel to the road, with an integral single-story ell extending to the southwest. A timber-frame carriage shed is attached to the ell. As originally built in 1824, it was a typical late Federal/early Greek Revival center hall structure, with rooms on both floors flanking a central hallway. In 1865 the gable roof was altered, adding a cross gable projecting on the front facade. In this gable end there are three sash windows, and a small stained-glass oculus window at the peak. The interior of the house largely reflects decoration and alterations dating to the turn of the 20th century.

The two barns stand near each other north of the house. The older of the two barns is the larger one, with original hay lofts; part of its roof supports has been rebuilt using modern construction methods. The smaller barn apparently once stood closer to the house, where an appropriately-size granite foundation remains. A leanto for sheltering farm animals is attached to one side.

Other features of glass block

The Valley is home to a number of pubs known locally for live music and real ale: Free Trade (at the confluence with the Tyne, with a good view of the bridges upriver), The Tyne Bar, the Cumberland Arms, The Ship Inn, The Tanners, The Kiln, Cobalt Studios and The Cluny.

BridgesThree high-level bridges cross the valley in close proximity; these are the Ouseburn railway Viaduct, the Byker Viaduct carrying the Tyne and Wear Metro, and then the Byker road bridge.

Hadrian's Wall crossed the Ouseburn just to the south of the Byker road bridge, and is thought to have run through the site of the City Farm. No trace of the wall can now be seen above ground, though an illustrated information board can be seen at the eastern end of a new block of flats on the east side of the river, which were built on the line of the wall.

Tenants and history of glass block

Throughout the 1990s 191 Peachtree was considered Atlanta's premier business address. However, when two of its largest tenants, law firm King & Spalding, and Wachovia moved to Midtown's new 1180 Peachtree and Atlantic Station respectively in 2006, most of the building was left vacant. That same year, Cousins Properties purchased the building from Equity Office Properties, which marked a return to 191 for the company as it helped originally develop the building. Cousins relocated their headquarters to the building, signed a number of small tenants to subdivided space and in January 2008, signed an agreement with Deloitte to extend and expand the consulting firm's current lease from 100,000 to 260,000sqft (9,300 to 24,200m2), bringing the building back to 87 percent occupancy.

The building is located on the former site of the Hotel Majestic, which in the early 20th century was one of the city's major hotels.

British embassy, Warsaw (2009)The 27m embassy, has earned plaudits "despite being built on a second-choice site, and squeezed by budget constraints caused by the strengthening of the zloty against the pound" includes Belgian marble facing the entrance and a glazed outer faade that "is actually a brilliantly refined blast-screen".

Fuglsang Art Museum. Lolland, Denmark (2008)Fretton's design for Faith House at Holton Lee in Dorset is "a quiet space for contemplation" in the spirit a poor village church. It was made with cedar, glass and birch for 150,000 and was described as "a modern temple providing a still point in a turning world."

The episode received critical acclaim, with Hader's performance receiving particular praise. Vikram Murthi of The A.V. Club gave the episode an A rating and says it "makes a bold turn that makes the whole show suddenly click."Nick Harley, in a review for Den of Geek, praise the epsiode and says "The way Hader and Co. are able to constantly surprise and effortlessly toggle back and forth between jokes and drama is completely spellbinding." Writing for The Ringer, Alison Herman calls Hader's performance "flat-out extraordinary" and says the episode "dont shy away from confronting their viewers with the full extent of Barrys corruption."

The lower Ouseburn Valley had fallen into disuse and dereliction by the mid-twentieth century, but its industrial heritage had left many large buildings which, since the 1970s, have increasingly been utilised as creative workspaces by artists, musicians and performers. From 1996, a development trust (the Ouseburn Trust), in partnership with the local authority, has led the area's regeneration as a cultural hotspot. This has been so successful that Ouseburn is now marketed as a trendy place to live.

The area is now a hub for the arts and creative industries, and is home to the Biscuit Factory (open gallery), the Mushroom Works (open first weekend of the month), Testhouse 5 (appointment only), North Grange Glass (stained glass gallery and cafe), 36 Lime Street and Cobalt Studios. The Valley is also the home of Seven Stories, the national centre for children's books.

The Ouseburn Trust remains a landlord and developer in the Valley, and seeks to involve people in the heritage and regeneration of the area through its programme of free walks, talks and volunteering activities.

After Worthington of glass block

In the early 1900s, the Worthington Mansion became home to the Presbyterian Hospital. It was one of several mansions that were acquired by for the hospital. However, by the 1930s the hospital had moved out and the building became home to the Lutheran Home for the Aged. By the 1950s, the home was separated into rental units and called The White House Apartments. During this era, the Order of the Sons of Italy moved into 1238 South 10th Street, which was the original carriage house for the mansion. It has been demolished since then.

The neighborhood surrounding the Worthington Mansion has changed dramatically, too. The last of the mansions that once surrounded Bishop Worthington's residence was the Charles Storz home, and it was demolished in 2014. Grace University has bought many of the other regal homes that once filled the blocks and has been demolishing them, too. A local historic preservation organization called Restoration Exchange Omaha has expressed interest in saving the Worthington Mansion from further deterioration, in 2016 began fundraising to contribution to its historically accurate restoration and further preservation efforts.

It is also considered best practice to assign a buddy to every new starter. If possible this should be a person who the new starter will not be working with directly, but who can undertake some of the tasks on the induction programme, as well as generally make the new employee feel welcome. (For example, by ensuring they are included in any lunchtime social activities.)

ISB BGIC is a student-managed conference focusing on the knowledge of international concerns and current affairs, debating and presentation skills, as well as instilling values of global citizenship In previous years, ISB BGIC has hosted almost 300 students from Hong Kong, China, Indonesia, Singapore, England, Japan, Malaysia, Thailand, and Qatar, with the majority of conference delegates from local government schools in Brunei Darussalam.